Balfour Beatty is raising its share buyback scheme to £150 million and reinstating its dividend after recording underlying yearly profit of £25 million in 2020, down from £186 million in 2019.

Leo Quinn, Balfour Beatty Group Chief Executive, said throughout the pandemic, it has protected the Group’s strengths, supported stakeholders and held firm to its disciplines.

Figures for its Construction Services are listed below. 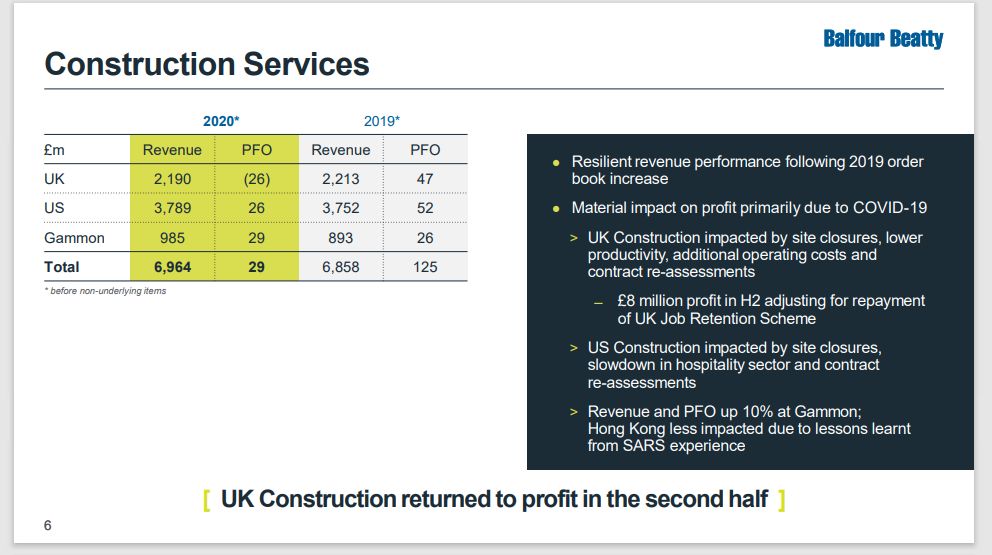 Its infrastructure investment pre-tax profit dropped to £20 million, compared with £98 million in 2019, but it maintains "leading positions in the UK, US and Hong Kong". It will "recommence asset disposals" in 2021 and is predicting a strong outlook, in line with 2019.

Balfour Beatty's drive for digital productivity over the last five years was also included in the results presentation.