The survey was conducted with 43 firms in the sector and found that in the six months ahead respondents were generally positive about their expectations across several indicators, including turnover and employment levels. Findings also suggested that expected capacity is more positive than Scotland’s economy as a whole. 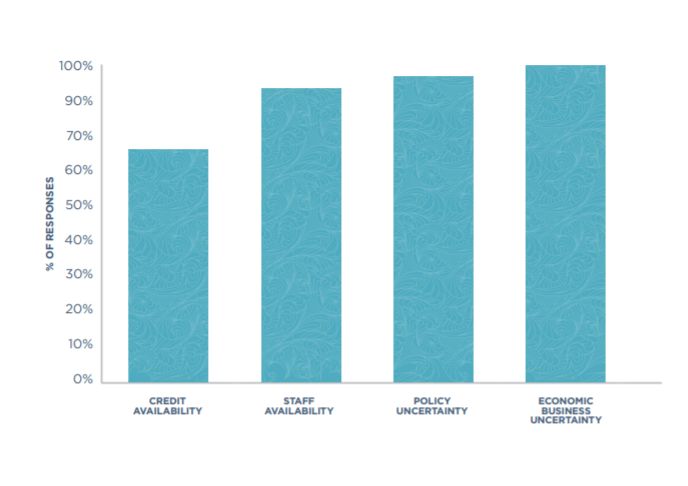 The report found that only 6 per cent of businesses in the construction sector expressed that it was unlikely they would survive over the next 6 months, with 82 per cent reporting that it was somewhat or very likely that they would survive. 74 per cent of businesses reported their cashflow positions were secure or very secure, just over 1 in 5 reported that their cashflow positions were insecure 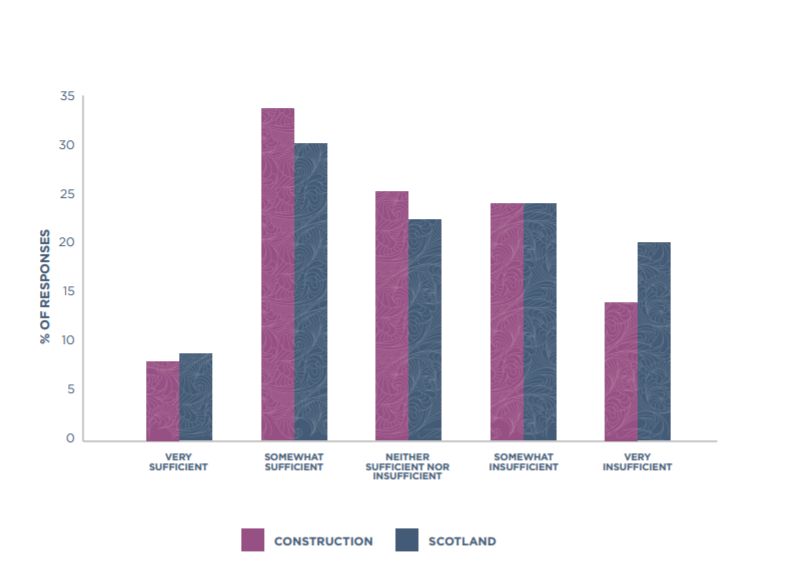 In terms of government support, 42 per cent of businesses reported that the support has been sufficient or very sufficient, which was higher than Scotland as a whole. 34 per cent of businesses expressed that the level of government support for their business was somewhat or very insufficient for their survival, which was lower than the Scottish average (41 per cent).

‘The infrastructure that will be needed to support the move to renewable energy provision, meeting the housing supply crisis, retrofitting homes and offices and every other kind of building to cut their carbon emissions, changing the way supply chains are managed, what materials are used and where they are sourced – all this is going to be a huge focus for the next decade and after.’ said a contributor to the report.

The race to become net-zero will likely encourage the use of local building materials much more – at the moment, Scotland and the rest of the UK rely heavily on European imports to supply contractors with bricks, marble, concrete, and steel, but with Brexit costs and logistics are changing.

The report found that appetite from both private and public sector clients tendering new projects is heavily geared towards the net-zero agenda, with another contributor saying they have already seen significant resilience on increased construction costs among private sector clients where carbon savings can be achieved.

Anne Struckmeier, construction and engineering partner at Addleshaw Goddard, said: “Scotland’s construction sector has endured a turbulent 12 months as a result of the Covid-19 pandemic which forced the Scottish government to request the complete closure of the vast majority of construction sites throughout the first lockdown.

“This had a detrimental impact on the industry nationwide but collectively, the sector is now in a strong position to deliver a more modernised and sustainable approach. This is helped by the Scottish government’s post-pandemic growth roadmap which is focused on investing in retrofitting existing stock in the built environment."

Barriers to delivering a more modern construction sector remain high, especially in Scotland because of the political uncertainty surrounding Scottish independence and future relationship with Europe.

“Improvements, particularly around the use of data and tech, are still needed. However, despite this, the report highlights that the industry seems cautiously optimistic that the rising tide of awareness on environmental, social, and governance considerations has the potential to trigger the construction sector’s own green industrial revolution, which is an exciting position to be in.” Struckmeier added.