Vinci Construction Grands Projets will design and build the Bakheng water treatment plant in the northern outskirts of the Cambodian capital. The contr...

Vinci Construction Grands Projets will design and build the Bakheng water treatment plant in the northern outskirts of the Cambodian capital.

The contract with the Phnom Penh Water Supply Authority will deliver a facility capable of treating 195,000 cu. metres of water from the Mekong River every day.

During this first phase of works, totalling $155mn, Vinci will install two 1.4-metre diameter pipelines with a length of 1.5 km to carry water from the Mekong to the treatment plant,and a 2-metre diameter pipeline with a length of 7.8 km (including a 630-metre river crossing to be built using a micro-tunnelling machine) to bring drinking water to more than 500,000 inhabitants of the capital city.

To minimise the plant's carbon footprint, its electricity requirements will be partly supplied by 27,000 sq. metres of solar panels with 3.8MW installed capacity.

The project, co-financed by the French Development Agency, the European Investment Bank and the Phnom Penh Water Supply Authority, will employ more than 500 local workers and supervisory personnel at the height of activity.

The contract provides for a second conditional works phase with a value of $45mn. This phase is designed to double the plant's treatment capacity to 390,000 cu. metres per day. Following handover of the second phase, the project will provide drinking water for a population of one million.

Since it was founded in 2000, Vinci Construction Grands Projets has built water projects that supply six million people with drinking water and treat wastewater for a population equivalent of 2.5 million around the world. 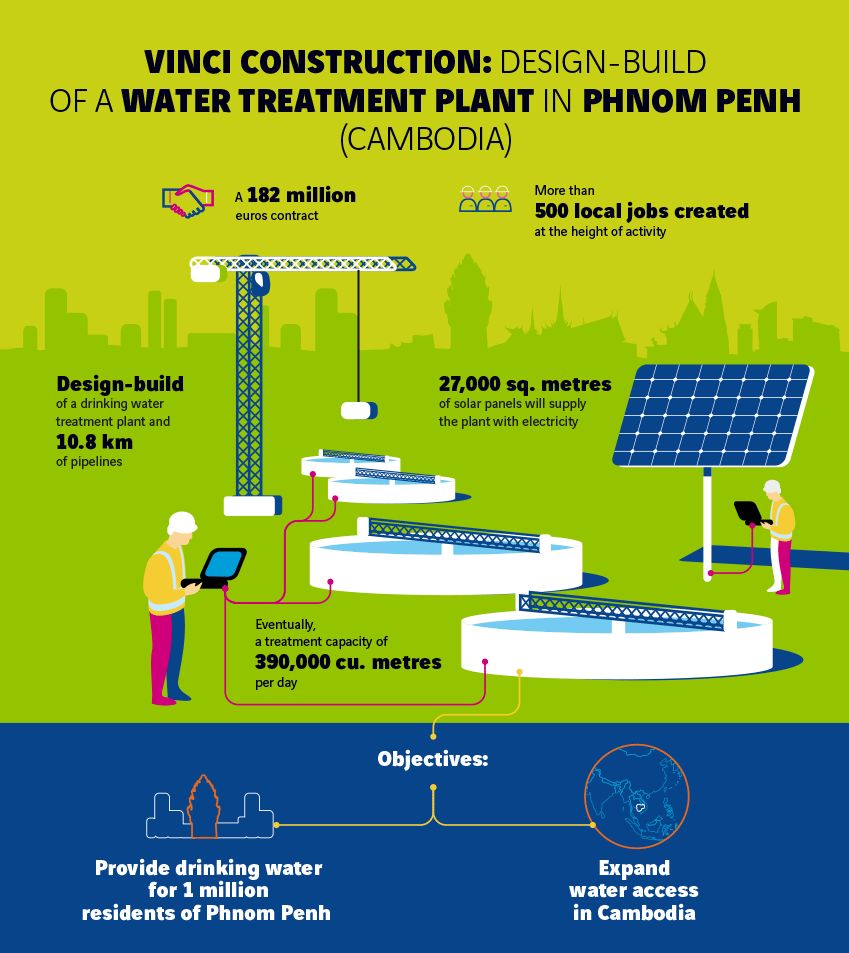